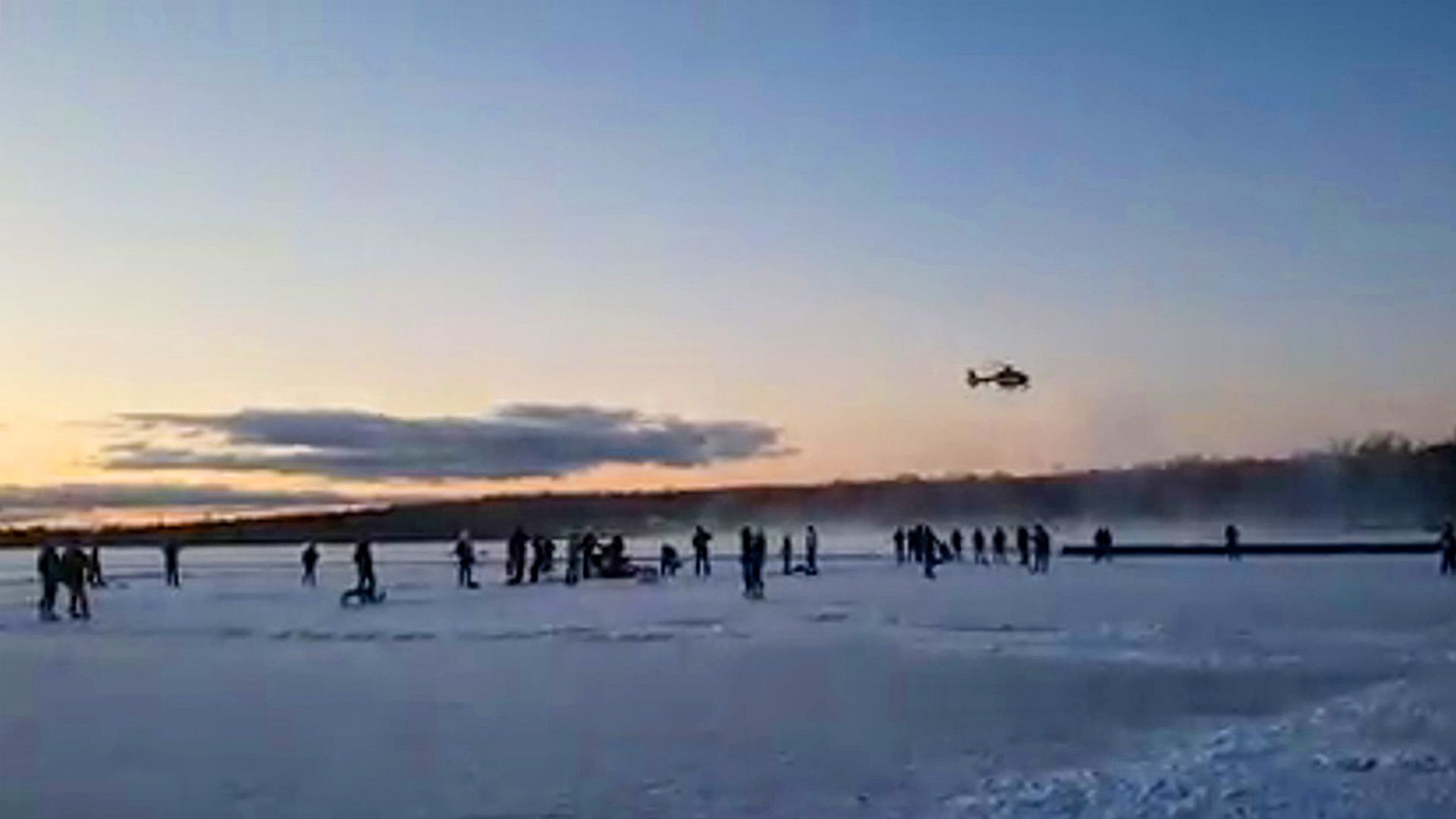 The storm whipped up by the helicopter risked blasting ice and snow particles into the eyes and faces of people.
The post Cops Accused Of Risking Lives After Using Helicopter To Clear Lake Of Skaters In Berlin  appeared first on Zenger News.

BERLIN, Germany — Berlin police officials have come under a lot of criticism after they deployed a helicopter to get people off the local frozen lake in the city.

The video footage shared by a local witness shows a ‘mini storm’ as the chopper’s rotors risked blasting ice and snow particles into the eyes and face of the people.

“To make people understand the urgency of the situation, it was necessary to bring the helicopter. The helicopter has been used with a PA system to tell the skaters to get off the ice and the ice was too dangerous,” said the police official.

The Berlin police tweeted about the incident which started trending in no time. Currently, the tweet has over 46,000 views.

Despite warnings from the police and the fire brigade officials, there were a lot of skaters on the local frozen lakes, Muggelsee and Weissensee. The sunshine along with the winter landscape tempted many people out onto the lakes to enjoy the weather.

Muggelsee is the biggest lake in the city, which covers around 5 square miles (12.9 sq. km) located in the eastern suburbs of Berlin.

The police officials have faced a lot of criticism due to this act. An announcement was made at the local lakes by the officials with a megaphone. The officials asked the locals to clear the space as it wasn’t safe to skate on the frozen lakes. “It could have broken any time, which was why it was urgent that people were made to leave soon,” said the official.

The incident took over social media as the incident was observed as a ‘massive overreaction’ by the police.

“The storm of wind whipped up by the helicopter risked blasting ice and snow particles into the eyes and faces of people there and especially kids,” said a local witness.

“Reckless and an irresponsible from Berlin police at Weissensee today. Yes, people should be off the ice if it’s unsafe. But there were small children in the middle of that storm of snow and ice chips. Most didn’t even know the police wanted them off before this turned up,” read the tweet of a local named Eoghan Sweeney, which went viral and caught the attention of people.

However, later his post on Facebook was in favor of the officials, but he pointed out that it wasn’t the best way to deal with the situation.

“Don’t get me wrong, I don’t think all these people should have been out there – we haven’t gone more than a few meters from the edge. But shock and awe don’t seem like the best way to ensure a safe orderly exit,” read his post on Facebook.

Despite the critics of the use of the helicopter, many people said that the police acted correctly. “The Berlin Police did the right thing. What are so many children and adults doing on an ice surface?” replied an online commenter on the tweet.

The post Cops Accused Of Risking Lives After Using Helicopter To Clear Lake Of Skaters In Berlin  appeared first on Zenger News.