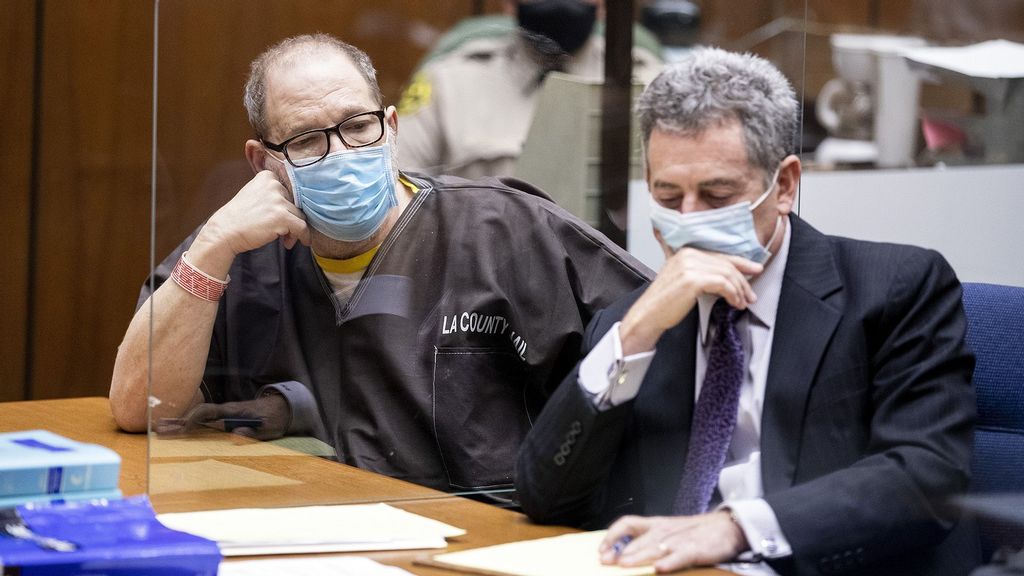 WASHINGTON — Following the allegations made by Hollywood actress Angelina Jolie, the “Pulp Fiction” producer and convicted rapist Harvey Weinstein have claimed that he had never assaulted Jolie, contrary to her recent claims of “escaping” an encounter with the producer, in a recent interview.

The Hollywood mogul, who at the moment is serving a 23-year sentence for several rape and battery charges, responded in a statement on Sept. 4, 2021, to a news organization through his assistant.

“There was never an assault, and never an attempt to assault,” he said.

“It is brazenly untrue and clickbait publicity. You’re Angelina Jolie, every male and female in the world, I’m sure, shows interest in you. Is the whole world assaulting you?”

The response comes after Jolie, who was promoting her upcoming book “Know Your Rights: And Claim Them” in a news outlet interview on Sept. 4, 2021, claimed that her alleged prior encounter with Weinstein was “beyond a pass.”

“It’s very clear to me that this is for more sales on Angie’s book,” said Weinstein in his statement.

Jolie, who acted in Weinstein’s 1998 film “Playing By Heart” at the age of 21, said she informed her first husband, Jonny Lee Miller, about the claimed incident.

“I stayed away and warned people about him,” she said.

“I remember telling Jonny, my first husband, who was great about it, to spread the word to other guys, don’t let girls go alone with him,” Jolie shared.

She also said that she turned down the 2004 Martin Scorsese directorial film “The Aviator” because of Weinstein’s involvement in the movie.

The alleged allegations come after Jolie opened about the issues she faced with her estranged husband Brad Pitt, which eventually led to her marriage’s end.

The “Maleficent” star claimed that Pitt asked Weinstein to be a producer on his film “Killing Them Softly,” a film The Weinstein Company later distributed.

“We fought about (Weinstein’s involvement). Of course, it hurt,” Jolie shared.

However, another one of Pitt’s exes, Gwyneth Paltrow, had a completely different experience after Weinstein allegedly invited her, then just 22 years old, back to his hotel room and suggested they get massages in the bedroom.

Pitt allegedly confronted Weinstein at a movie premiere and physically threatened the producer, which, at the time, was a huge risk for the up-and-coming actor.

Pitt’s company, Plan B productions, is also working on a film about reporters Jodi Kantor and Megan Twohey, who helped take down Weinstein with their Pulitzer Prize-winning report.

Jolie first opened up about the alleged incident with Weinstein in 2017, claiming he’d made “unwanted advances” toward her in a hotel room.

“I had a bad experience with Harvey Weinstein in my youth, and as a result, chose never to work with him again and warn others when they did. This behavior towards women in any field, any country is unacceptable,” Jolie told a news outlet at the time, as per reports.

However, Jolie and Paltrow are not the only two Hollywood actresses who have come forward to accuse Weinstein of his sexual harassment. Initially, the names of actresses Rose McGowan and Ashley Judd came forward after a news organization published a story detailing the incidents of sexual harassment against Weinstein on Oct. 5, 2017.

In the same year, several other actresses like Romola Garai, Asia Argento, Lucia Stroller, Mira Sorvino, Cara Delevingne, among several others, also spoke about their incidents with Weinstein.

Weinstein, on May 25, 2018, turned himself into the New York Police on sexual allegation charges and was officially booked for rape and other sexual misconduct with two women. However, on May 26, 2021, he was released on a $1 million bail on terms of wearing a GPS tracker and surrendering his passport.

Post his bail, dozens of women emerged with accusations that led to Weinstein’s sacking from his own company. On Feb. 24, 2020, Weinstein was found guilty of a criminal sexual act in first-degree and third-degree rape. The ruling was made based on accusations claimed by Mimi Haleyi of sexually assaulting the former production assistant in 2006 and Jessica Mann of raping the ex-actress in 2013.

Weinstein, who appeared in court in a wheelchair, was sentenced to 23 years in prison on March 11, 2020.

The disgraced movie producer, in July 2021, was extradited to California from New York prison, where he was facing 11 sexual assault charges involving five women.

However, he was pleaded not guilty to the accused crimes, which included encounters of forcible rape, forcible oral copulation, sexual battery by restraint, and sexual penetration by use of force by five women between 2004 and 2013.

Attn @cdc
Please report to US citizenry how your guidelines and public policy like “15 days the flatten the curve” affected capacity to treat sick patients.
For each hospital that took federal dollars, what is the staffed licensed hospital bed count March 2020 v. October 2021?
View on Twitter
44
0