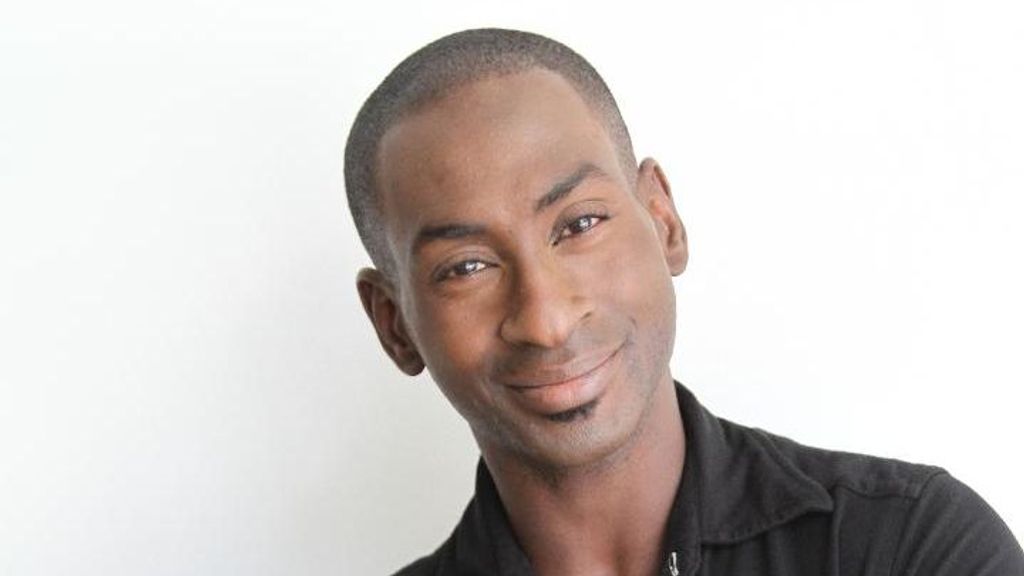 His character on “Everybody Hates Chris” sent Estime’s career on an upward trajectory.
The post How ‘Risky’ Propelled Mike Estime’s Career And Opened The Door To Other Opportunities appeared first on Zenger News.

Who would have guessed how playing a shady street hustler who always had knockoff items for sale on the streets on “Everybody Hates Chris” would propel actor Mike Estime’s career?

That’s exactly what happened. His role as “Risky” on the show about Chris Rock’s teen years created opportunities for the stand-up comic. Although Estime says he prefers stand-up to sitcom and movie work, he remains busy on the big screen, while maintaining stand-up dates.

He currently flanks Kim Fields, Wanda Sykes and Mike Epps as the character Tony on Netflix’s “The Upshaws.”

Estime talks to Zenger about the importance of sharing his knowledge with younger comedians, expresses concern about a war on freedom of speech, how his father is “the most miserable funny man” he’s ever known, and much more.

Zenger: How is everything going? You have been busy.

Estime: Trying to stay busy, brother. The hustle is always going on. I’m doing well. Just had a show that I was able to be a part of, “The Neighborhood” with Cedric The Entertainer, on CBS. So, that was cool. Found out we start working again in the new year. The clubs are starting to open back up, so I’m doing comedy again, which is even better. Involuntarily being a stay-at-home-teacher, which I’m going to quit. I’m going to put in my pink slip. They all going to go to trade school or something. This is whack. But all in all, everything is good.

Zenger: (Laughing). Which do you prefer: sitcoms, movies or being on stage doing stand-up?

Estime: I prefer the stand-up. That’s my bread and butter because I’m the director, I’m the producer. It’s almost like playing golf or tennis. I don’t rely on my teammates. If it goes wrong, I have nobody else to blame but myself. I don’t hold back. I’m able to be as free as I want to be. In TV or movies, you’re playing into the hands of a writer because you want to make sure you’re doing the right adjustments and put out what he or she has in her mind. As well as with the director, make sure you’re at this spot and make sure you’re here.

It’s just so much more choreographed. I would look at it as TV and film is synchronized swimming and stand-up is like a freestyle hip-hop battle. It’s like jazz, just doing scat and having a jam session. I prefer the jam session.

Zenger: You are funny as hell without influence, but then I look at some of the shows you have been a part of: “The Neighborhood,” with Cedric The Entertainer, “The Upshaws,” with Mike Epps and Wanda Sykes, “Everybody Hates Chris,” with Chris Rock, and you have been around the late Bernie Mac. How has that influenced you or motivated you?

Estime: Not just them, just being around funny people. Shoot, some members in my family are funnier than Cedric and Mike. Not to throw shade on them — they probably would say the same thing. That’s where they get their humor from. Family members are the funniest people without being on stage because they’re so true. You’re not going to get any BS from them. That’s where the comedy stems from.

My father is the most miserable funny man that I know. “Can you believe that they are charging $15 for pineapples in Hawaii? What is this?” He would just go off on a rant. And I’m like, “Dude, I don’t make the prices. Can’t you just enjoy Hawaii?” “I just can’t believe it! Is it a different kind of pineapple? It tastes the same. A can of Dole not that much.” “Yeah, but that’s canned pineapples.” I’m having a conversation about some damn pineapples.

He’s talking about his tire pressure being low. “Why is my tire pressure low?” Just put some air in the damn tire. I’m like, “What you got, a side chick who is letting the air out at night?” Old folks in general and just the people around me are the funniest people. I just try to hang around funny people because that keeps me fresh. Sometimes it gives me inspiration to write about something from a funny situation.

Ced and those guys… same as Mike and Kevin Hart, they are brands. They’re businesspeople. All of these brothers, they’re very funny, and I looked up to all of them. But at the same token, and I’m sure if I talked to them one on one, they’re cool, but when they are around other people, they gotta be careful of what they say. People can take words out of context, and you want to make sure that doesn’t happen. Normal everyday folk, there’s no filter, and they are just funny. It keeps you on your toes. I like to be around funny folks that just cut loose, and sometimes that includes professionals, but more so everyday folks.

Zenger: Does the sensitive nature of the era we are in change your approach to comedy? Look, for example, at the firestorm Dave Chappelle stirred up with his comments on trans people in his latest Netflix comedy special, “The Closer.”

There is a limit and a line you can cross. I don’t mess around when you’re talking about beating up women, or something about children, the elderly or disabled. That’s too much. A person can’t help being disabled, and you think that’s funny. I think that’s poor taste myself. But other things where there is an intelligent debate about, whether it be race, gender, fluidity, trans folks, if it’s done in a way where it’s not vicious, I think it should be said.

But if it offends you, just because it offends you, doesn’t mean everybody else should be offended. Everyone is missing the point on that. Let the chips fall where they may, I know in my heart and a lot of comics hearts, they are not bad people. It’s just how they see the world. You have to use your art to express and vent how you feel.

Zenger: You are approaching 20 years in the business, what is the best lesson you have learned?

Estime: Stay true to yourself and don’t listen to the outside noise. There was a time when I was trying to appease my peers to prove that I belonged. And a lot of times, some peers don’t have your best interest at heart. The comedy game is a competitive field. It’s very rare that you find some cool comics to hang out with. At a certain point, comics don’t respect you because you’re trying to cater to them, they respect you because you’re true to the craft, and you respect the craft. As long as you’re true to yourself and the art form, that is what I really learned.

Most importantly is to pass that knowledge off to the ones that are coming up. Maybe a few here and there that I can remember, but a lot of times I didn’t have that guidance. I had to figure stuff out on my own. So, what I try to do, when a comic ask me a question, I’m never going to be like, “Man, you gotta figure that out on your own.” I try to say, “Let’s break down this joke. What’s your personality? I seen your bit; this would work better.” Give them at least 10-15 minutes because that time that you spend with him or her could mean a lifetime to them.

It is hard. It’s a lonely business. Aside from you being at the club with other comics, you’re by yourself in a hotel room, in your car, just talking to yourself. Then, you are relying on a bunch of strangers to validate you as being funny. It’s important to have that brotherhood or that sisterhood to make sure you’re not alone in this game. Don’t be selfish with your knowledge.

Zenger: Everyone loved you as “Risky” on “Everybody Hates Chris.” There is a Risky in every ‘hood. Did you draw from a street hustler from your neighborhood selling stolen goods, or did you just get into character and nail it?

Estime: Brother, it was just me understanding the role and getting into it. I think not only in our neighborhoods, but we have some Riskys in our families. The next big thing is always around the corner. It’s on the lower end, but don’t worry, it’s the same as the name brands. Instead of Nikes we get Ikes. “We trying to break away from the brand, brother. It’s just a “N.” We don’t need that.” I didn’t know how big it was going to get when we were shooting it. It’s actually taken off much more now that it has been off the air, and it’s in reruns. And folks are just loving the show. Bruh, I’m getting likes from Brazil.

It’s been amazing to see and hear the response that folks have to the character and the show. When I used to do cruise ships, this Brazilian guy came up to me, and he said the same thing you just said, “There is a ‘Risky’ in my neighborhood. We can relate to that.” That role was a huge boost and created so many opportunities, when I got with the right team, that is. I got with the right team, and they pushed that narrative, and that part of my career and that took it off. I think that is one part of why I was able to get the show, “The Upshaws.”

Zenger: It is an honor speaking with you. Good luck with “The Upshaws” and everything else you have going on. Is there anything you would like to add?

Estime: Thank you, brother. Just be sure to check out the Netflix show, “The Upshaws.” Season two will be coming out. We will be starting to film in the beginning of 2022. Thank you to everyone that supported the first season. It was an amazing response, and we promise the next season will be even better.

The post How ‘Risky’ Propelled Mike Estime’s Career And Opened The Door To Other Opportunities appeared first on Zenger News.