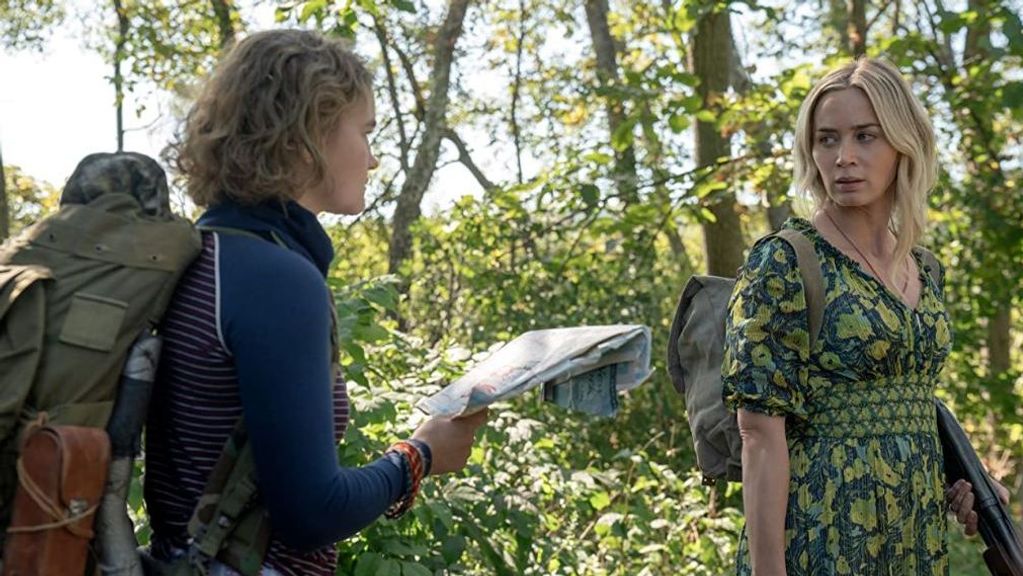 John Krasinski’s sequel is the perfect film to bring mass audiences back into movie theaters.
The post Popcorn With Zenger: ‘A Quiet Place Part II’ Is A Maximal Minimalist Horror Experience appeared first on Zenger News.

If it feels like you’ve been waiting a long time for the sequel to “A Quiet Place” — you have.

“A Quiet Place Part II” was set to be one of the biggest releases of 2020 for Paramount Pictures coming off the heels of the original’s 2018 box office success. While COVID-19 pandemic caused the film’s release to be delayed for over a year, it’s finally in theaters.

John Krasinski’s first big-budget film in the director’s chair was a success, but everyone knows the real test for an inexperienced filmmaker is with their sophomore effort. Can “A Quiet Place Part II” top the quality of its predecessor? While the sequel may be a step backward in the horror department, this film takes a huge step forward in terms of character and story.

The Story: The movie begins by explaining how the world got taken over by aliens with hypersensitive hearing. On their first day on Earth, the aliens have wiped out much of the planet’s population, driven only by their heightened sense of sound. The Abbott family, led by matriarch Evelyn (Emily Blunt), daughter Regan (Millicent Simmonds), son Marcus (Noah Jupe), and a newborn baby, have little to no time to move on after the death of their patriarch in the last film.

After 474 days, the family has discovered that the creatures are vulnerable to high-frequency audio feedback. With Regan transmitting her cochlear implant hearing aid’s noise through a microphone and radio, the family has figured out a way to weaken the monsters in order to kill them.

But now the family has a new problem. After getting caught in a monster trap, the family runs into an old friend, Lee (Cillian Murphy), who discovers a radio signal that plays the song “Beyond the Sea” on a loop. The family believes it is a signal for a safe colony across the water, but Lee warns them that humans have changed after over 400 days of the invasion and their sign of salvation could lead to something much worse.

Bright Spots: Fans of the first film will find more to like about its successor. Krasinski has written and directed two of the strongest narrative films about family and the world of horror in his short resume behind the camera. The first film played with the element of our main characters not being able to talk or make noise due to the threat of the killer aliens.

“A Quiet Place Part II” opens up this post-apocalyptic world past the small family on a farm, to give the audiences a broader view of how we got here and what the world has become. New characters are introduced, such as Cillian Murphy as Emmett, an old family friend whose world has been shattered in the wake of the invasion. Murphy is one of the best parts of the film, as his story arc to redemption is the best storytelling element in it.

Character-building is a huge plus in the film, as we experience multiple characters overcoming self-doubt and depression to come to the aid of those close to them. The loss of the Abbott family patriarch is played out by showing how important he was to their family dynamic. The newfound strength the family earns throughout the film comes full circle with a brilliantly written ending.

With a runtime of just 97 minutes, the film doesn’t overstay its welcome or leave you feeling like you were cheated.

Weak Spots: The one major issue is a noticeable diminishing of the film’s horror aspect. With the alien threat now familiar to most audiences, it’s difficult to maintain the threat and suspense. That’s why most of the horror comes in the opening act, which predates the events of the first two films.

While the story takes multiple directions at once in an effort to progress the story, the tension of the setting is lessened in the process, leaving audiences lacking the bottleneck feeling that they experienced in part one.

The Takeaway: “A Quiet Place Part II” is a great lesson in how to effectively use character development and create tension, making it one of the best films of the year. If you were wondering whether the film was worth the one-year wait, Krasinski passes the test with flying colors.

See or Skip: “A Quiet Place Part II” is well worth the one-year wait, as it is one of the best story-driven films of the year.

(Edited by Matthew B. Hall and Kristen Butler)