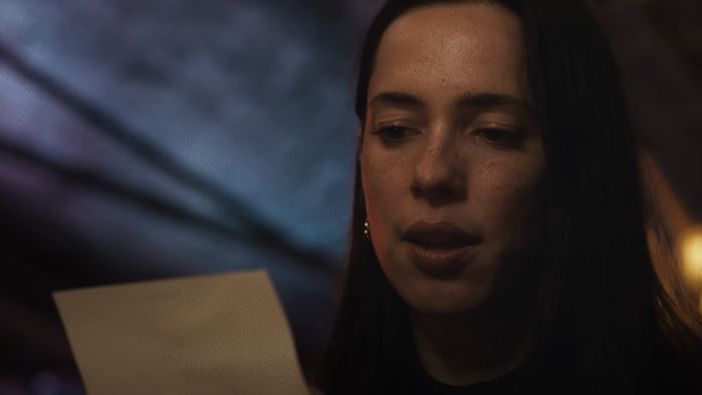 Promising premise degenerates into a parody of 1990s slasher films.
The post Popcorn With Zenger: ‘The Night House’ Is All Style And No Story appeared first on Zenger News.

Sometimes a film tries to be too smart for its own good.

Style and story are the two aspects of filmmaking used to gauge how well a movie is received. Some films excel at both, others fail at both and the majority of films only do one aspect well. Case in point: “The Night House,” a film that is full of style but lacks critical storytelling to piece everything together.

Style-over-substance films are big hits among critics but are not received well by audiences, mainly because critics are most likely to appreciate the technical aspects of filmmaking, while audiences are looking for a gripping story. That doesn’t mean that stylistic movies are bad, it just means audiences are less likely to enjoy them — which brings us to “The Night House.”

The Story: Our story begins with a school teacher named Beth (Rebecca Hall) whose husband Owen (Evan Jonigkeit) recently committed suicide. Owen took a boat out from their lake house and shot himself, leaving Beth depressed, with more questions than answers.

Beth spends her nights drinking and going through Owen’s belongings. She soon encounters an ominous suicide note left by Owen in which he claimed that “There is nothing. Nothing is after you. You’re safe now.” Beth begins to suffer from strange supernatural events at night that she initially dismisses as dreams but slowly realizes they are real.

As Beth continues to investigate Owen’s death, she discovers that he had strange pictures of women who look almost identical to her. She subsequently discovers there are far more sinister forces at work, and that she has become the nexus of a battle between good and evil.

Bright Spots: Director David Bruckner has a solid track record creating psychological horror films, and he brings a strong sense of style to this film. “The Night House” is metaphorically a story about dealing with the ultimate lows of depression with a supernatural twist.

The film presents a demonic entity named “Nothing,” which is the physical manifestation of suicidal thoughts — the voice inside a person’s head that tells them life is meaningless and they should just give up.

The pain of grief on a human level is the best aspect of the film. A brilliant early scene has Beth talking to a student’s mother regarding her son’s final grades and Beth breaks down to discuss the gory details of her husband’s death. The scene is a perfect window into the mental health of our protagonist that makes us question every incident moving forward.

The aura of mystery is what makes the plot exciting; we don’t know whether Beth is seeing things or things are happening to her. The unknown is what holds interest — the answers are what it deflates it.

Weak Spots: The film goes off the rails when it attempts to introduce the horror element of its story. Not only are the scares non-existent, but the more the story reveals, the less sense it makes. Characters who are supposed to be smart make mind-bogglingly stupid decisions that only further their own peril, creating a false sense of tension. The justification for Beth refusing to go to the authorities as she uncovers disturbing details of her husband’s past removes sympathy for her future predicaments.

The dialogue is enraging at times, as characters talk to each other without social awareness. The tired trope of foolish humans playing with demonic forces is in full effect. Beth at one point doesn’t even react when she discovers occult books and a totem hidden in their half-finished house. Decisions like this turn Hall’s great performance into a borderline parody of a 1990s slasher film.

The Takeaway: “The Night House” is a horror film that can’t properly mix the elements psychological and supernatural. Despite being a well-shot visual thriller, it is far too pretentious to hold together its narrative from start to finish.

See or Skip: “The Night House” takes audiences on a good ride, but questionable character decisions along the way deter audiences from reaching its intended destination of being a solid, stylistic horror film.

The post Popcorn With Zenger: ‘The Night House’ Is All Style And No Story appeared first on Zenger News.