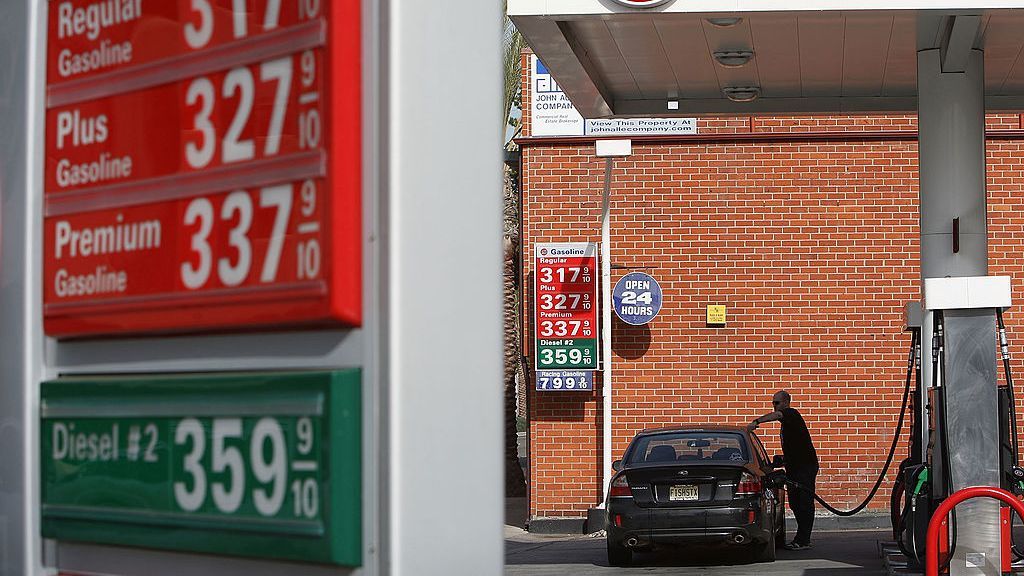 Gas prices are at their highest since 2014, as Hurricane Ida leaves lasting impact on major U.S. refinery centers.
The post Relief At The Gas Pump Postponed appeared first on Zenger News.

The lingering impact of Hurricane Ida and a big jump in commodity prices have combined to delay the relief at the gas pump that typically follows Labor Day, analysts told Zenger.

Retail gasoline prices have been in a holding pattern for at least a month. Travel club AAA put the national average retail price at $3.18 for a gallon of regular unleaded gasoline for Tuesday. A month ago, the price was about $3.19 per gallon.

Based on federal energy data, gasoline prices have not been this high since 2014.

Prices at this point in the year would usually start to fall for a variety of reasons, though that no longer appears to be the case this year. Matthew Kohlman, an associate director for refined products pricing at S&P Global Platts, told Zenger from Houston that conventional wisdom does not apply right now because of Hurricane Ida.

“Yes, producers are moving to a cheaper winter grade, and jobs data and COVID concerns have deflated demand,” he said. “But hurricanes have a way of changing the norms, at least temporarily.”

Refiners in mid-September start making the so-called winter grade of gasoline, which is usually cheaper to produce. Travel demand typically drops off after Labor Day, hiring has been dismal and the new Delta variant is running rampant.

Those should all add up to lower prices at the pump, but they aren’t.

Denton Cinquegrana, the chief oil analyst at the Oil Price Information Service, suggested that some of the components that go into making road fuels are more expensive, so cheaper winter gasoline might not be all that cheap.

“The pullback may not be as drastic as in falls past,” he said of retail prices.

Kohlman at Platts added that about 1.5 million barrels per day in refining capacity is still offline more than a week after Ida made landfall as a Category 4 hurricane. President Joseph R. Biden Jr. last week called for the release of oil from the Strategic Petroleum Reserve to keep supplies available, though refiners can’t do much with extra oil if they don’t have power.

There could be some relief once operations up and down the U.S. Gulf Coast start to return to normal. Imports of gasoline from Europe should also help at some point in the future.

Patrick DeHaan, the senior petroleum analyst at GasBuddy, said from Chicago that there could be light at the end of the tunnel, even if it looks like a pin prick right now.

“Gulf Coast refiners are restarting operations and imports keep coming into the East Coast,” he said. “The price of spot gasoline cargoes imported into New York dropped sharply late last week, although such changes usually take a while to filter down to the retail market.”

The post Relief At The Gas Pump Postponed appeared first on Zenger News.

@PartyMember3 @CNN @VictorBlackwell @CDCDirector @POTUS @VP @cdc Exactly so we know they have effective technology to influence mass social movements, from Brexit to Trump in 2016 to QAnon and anti-vax. Most anti-vaxxers are victims of these misinformation campaigns which are done to build the GOP base even if they kill their own people. Evil
View on Twitter
0
0

@BrunnenGeez @DiamondandSilk @CDCgov @JoeBiden Consult with the @CDC about that NOT Me💉 they definitely said these vaccines are 100% effective of PREVENTING DEATH.... Are you a robot?? Who gave you a vaccine??? Damn Brain Fog.. your exhibiting symptoms😅. No time to challenge ignorance or liars🤥
View on Twitter
0
0

@PartyMember3 @CNN @VictorBlackwell @CDCDirector @POTUS @VP @cdc Yeah but that seems outdated in practice most countries who have access to vaccines are urging Covid patients to get it right after they recover. They don't want to see them back taking up another hospital bed.
Why does it matter to you so much that they take it or not? Let them?
View on Twitter
0
0