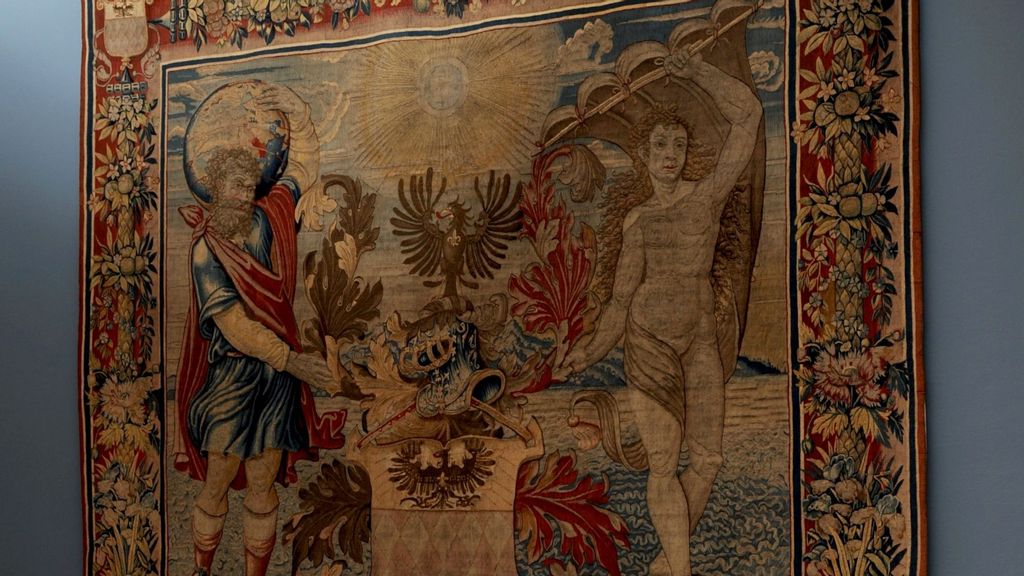 The rare artwork was stolen from the residence during a changeover of envoys.
The post Sew Lucky: Police Recover 400-Year-Old Tapestry Snatched From US Official’s Home appeared first on Zenger News.

A rare Flemish tapestry hanging on the wall of the U.S. Deputy Chief of Mission’s residence in Vienna that was stolen in August has been recovered, police said.

The tapestry, which is more than 400 years old, was stolen Aug. 1 from one of the buildings owned by the U.S. Embassy in the Doebling area of the Austrian capital. Police announced on Oct. 26 that they had located the tapestry and arrested a suspect on Oct. 18. The 29-year-old suspect, who was not named, is from South Africa, police said.

The suspect “stated that he acted out of financial difficulties,” police said.

The Flemish tapestry, “Atlas and Fortuna as Patrons of the World” by Jan Gheteels, was on display in the residence of the Deputy Chief of Mission, according to the U.S. Foundation for Art and Preservation in Embassies.

“The tapestry belongs to an important period before 1550, when Flemish weaving came under Italian influence,” the foundation’s website says.

“It displays the rich Renaissance figurative style associated with Michelangelo. Reweaving and repairs funded by the Foundation for Art and Preservation in Embassies brought the tapestry back to vibrant life in 2000.”

Vienna police said in a statement: “After a burglary and arson in a residence in Vienna-Doebling on Aug. 1, 2021, the Vienna State Criminal Police Office started an investigation.

“Finally, through extensive, tactical criminal investigative measures, it was possible to investigate a suspect. The [suspect] was arrested … with the support of the Task Force to Fight Street Crime.

“A high-priced tapestry that was stolen in the act was found by the detectives.”

Interior Minister Karl Nehammer said: “The investigation of the suspect is visible evidence of the outstanding skills of the Viennese criminologists. I would like to thank all employees involved for their commitment.”

The theft took place when the house was empty for a short time over the summer during a change of personnel.