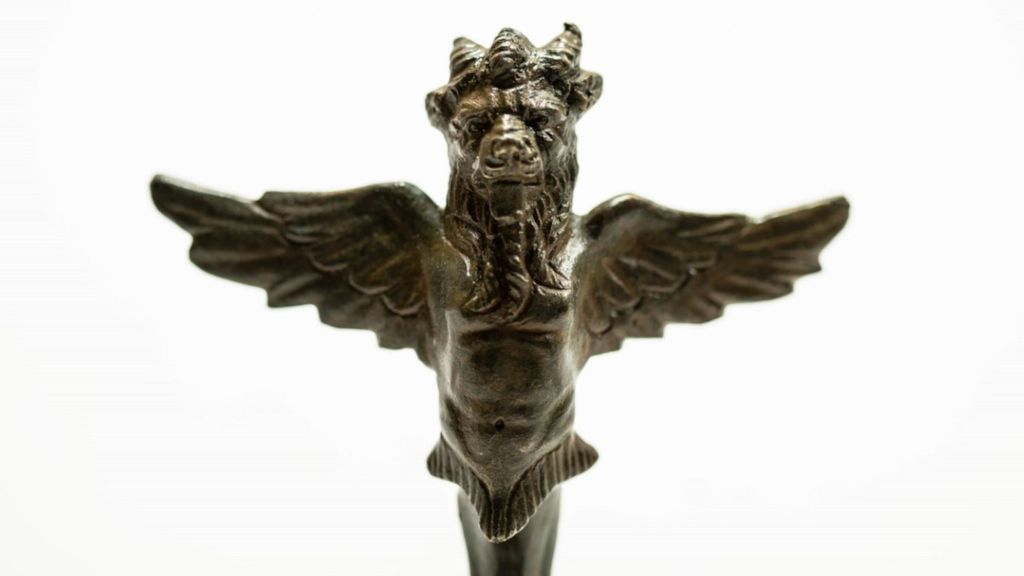 A bronze Roman-era statue of a mythical winged lion with a man’s torso has been discovered at an archeological site in the United Arab Emirates.

The statue of the mythical creature, which dates back to the 1st century and the time of the Roman Empire, was found at the Mleiha, a UNESCO-nominated World Heritage site, in Sharjah.

The statue, featuring a lion’s face, a man’s torso, an eagle’s wings and a bird’s foot with talons, is believed to be among three that supported the base of a large incense burning bowl. However, it is unclear if the other two have been found yet.

The artifact is evidence of a trading network between ancient empires and Mleiha in the present-day UAE, a spokesperson for the Sharjah Archeology Authority at Mleiha said.

Sabah Jassim, director-general of the Sharjah Archeology Authority, said the mythical creature’s characteristics were used in many Roman-era works of art, including furniture, jewelry, wall panels and architecture.

Other recent discoveries at the ancient site include Islamic coins from more than 1,000 years ago as well as an iron key.

The Mleiha Archeological Center boasts artifacts from the region that date back to the Stone Age and holds tombs from thousands of years ago. The Umm an-Nar tomb was built around 2300 B.C., and the burial site was used for approximately 200 years.

The center also displays stone tools from around 125,000 years ago that were unearthed at the site, and many anthropologists consider it one of the world’s earliest sites with stone tools that have been found outside Africa.

The Mleiha Archeological Center’s presence in Sharjah and not headline-grabbing Dubai 17 miles away is part of what has long made the emirate a cultural hub of the UAE. Sharjah is home to 16 museums, including the Museum of Islamic Civilization, which has more than 5,000 artifacts, including a copy of the Quran of the third Caliph, Uthman ibn Affan, who ruled from 644–656.

An exhibit focusing on the relationship between water and Islam is on display at the museum until Dec. 11.  The work is a joint effort of the Sharjah Museums Authority and Italy’s Fondazione Torino Musei. This exhibit seeks to highlight the common heritage that links Italy to the Arab-Islamic world, featuring more than 120 artworks on loan from 16 Italian public and private collections, as well as from the permanent collection of the Sharjah Museum of Islamic Civilization and from Sharjah art Museum.