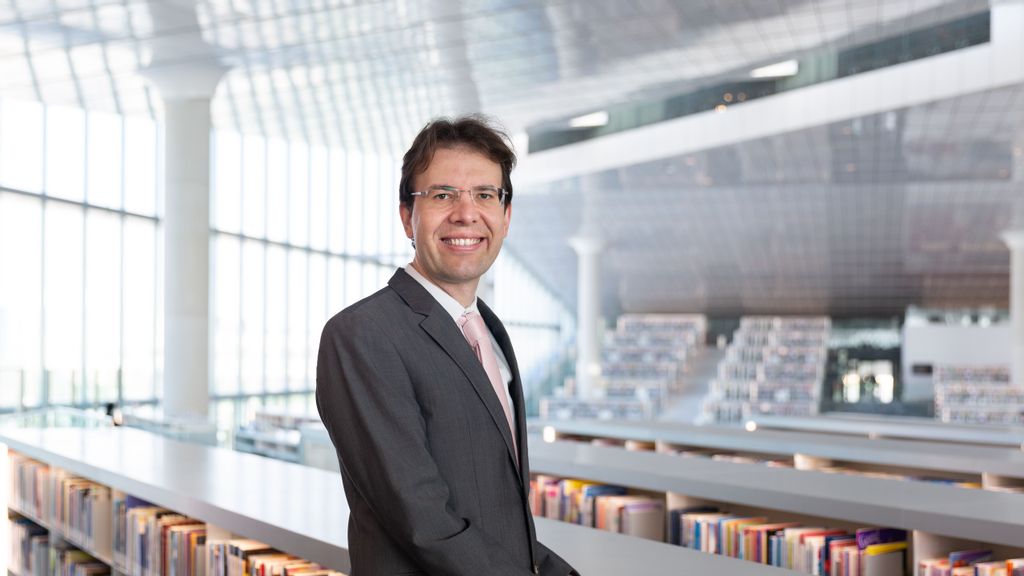 Both “Star Wars” and “Dune” relied heavily on the Middle Eastern history of desert kingdoms, says author.
The post The Surprising History Of UFOs And Science Fiction In The Muslim World appeared first on Zenger News.

At first glance there is nothing out of ordinary about a historic photo of King Faisal of Saudi Arabia. Until you notice Jedi Master Yoda, a character from the popular “Star Wars” universe, hovering over the king’s shoulder.

So unnoticeable is Yoda that the altered image of the 1945 United Nations meeting was accidentally printed in Saudi school textbooks in 2017. Saudi Arabia’s Minister of Education was forced to apologize. The incident, though, suggests how science fiction can easily be found immersed in the modern cultures and indeed consciousness of the Middle East.

The image by artist Abdullah Al-Jahdhami Shaweesh was inspired by a historic photo of Egyptian President Anwar Sadat “meeting” Mickey Mouse and Pluto the dog during a trip to Disneyland in Anaheim, California. Both the images with Yoda and Anwar Sadat are in the new book,“Islam, Science Fiction and Extraterrestrial Life: The Culture of Astrobiology in the Muslim World,” written by Jörg Matthias Determann and published I.B. Tauris.

The exchange of ideas between the West and Muslim cultures through science fiction and the study of UFOs is one of the key themes of Determann’s book, which also suggests the influence has gone both ways as Islamic history, culture and beliefs have also influenced science fiction in the West.

“Resulting from this exchange we find in history very strong notions of Western countries and Islamic lands as separate ‘worlds’ or civilizations,” Determann told Zenger in an interview.

“Nowadays, astronomers studying exoplanets and scientists engaged in the Search for Extraterrestrial Intelligence (SETI) are trying to discover other worlds and civilizations in outer space. Nevertheless, creators of science fiction still use cultural references from Earth in their imagination of other planets. Hence, the makers of ‘Dune’ and ‘Star Wars’ drew heavily on the Middle East in their building of plausible desert worlds like Arrakis or Tatooine.”

Even H.G. Wells’ “The War of The Worlds,” a foundational work of science fiction in the West, includes a reference to the first mosque in England.

Sometimes the creation of a fantastical world is a metaphorical stand-in to offer commentary about the one’s own society. The book cites several examples where Muslims living in authoritarian countries used science fiction to offer political commentary. Yet, the roots of this practice, Determann’s book suggests, can be found in Western philosophy. Such works as Montesquieu’s “Persian Letters” and Voltaire’s imagined dialogue between a Jesuit and a Brahmin can be seen in this regard as proto-science fiction.

“Despite the influence of conservatives, I argue that the Islamic tradition has generally been supportive of extraterrestrial life,” said Determann. “In fact, they are sometimes even Islamists, envisioning and promoting diverse Islamic futures and worlds.”

One example of this offered in the book is a play written in prison by a member of the Muslim Brotherhood, an Egyptian Islamist group. The play, titled “The Fifth Dimension,” uses the tropes of science fiction to offer a critique of the Cold War from an Islamic perspective. In the play, part of which was initially written on used cigarette cartons, three space travelers — one Soviet, one American and one German — discover the beauty of Islam on a trip to another planet.

Jumping off points for speculative science fiction or amateur Muslim UFOlogists can be found in the Quran, which speaks of God as the lord of more than two worlds and also speaks of the jinn. While in Western pop culture the jinn are little more than genies of the “1,001 Arabian Nights,” in Islamic theology the concept is far more nebulous and is more a catch-all term for all non-human sentient life — some Muslim, some not.

As a result, in Muslim folk religion around the world, jinn have been described in various ways. Determann’s book says a 1983 issue of “Flying Saucer Review” noted that jinn have been described over the years as invisible, shape-shifting, responsible for abductions, telepathy and having occasional romantic relations with humans — all attributes also assigned to extra-terrestrials.

Attitudes about science fiction can also change rapidly. The Saudi science fiction novel “HWJN” became a sensation in Saudi Arabia when released in 2013. The book features a chaste romantic relationship between a jinn and a human. Though the book’s popularity initially sparked a ban and a backlash, it didn’t last long — in 2019 plans to make it into a television series in the kingdom were announced.

Nor are all the groups studied by Determann located in the Middle East. The book also discusses the important role of UFOs in the belief system of America’s Nation of Islam. Nation of Islam leader Louis Farrakhan claimed to have visited a UFO while on a trip to Mexico in 1985.

“The Muslim scientists and artists I study in this book are seeking to push the boundaries of knowledge but are not anti-Islamic; their work isn’t seen as being in opposition to traditional values. Far from it, it is often an exercise in forward-thinking” Determann said.

The post The Surprising History Of UFOs And Science Fiction In The Muslim World appeared first on Zenger News.

All important research on COVID is being done by other countries. The U.S. government is a disgrace. It doesn’t even compile good U.S. data for the scientific community.
@CDC @SecBecerra https://t.co/bPU6exEcn5
View on Twitter
0
0