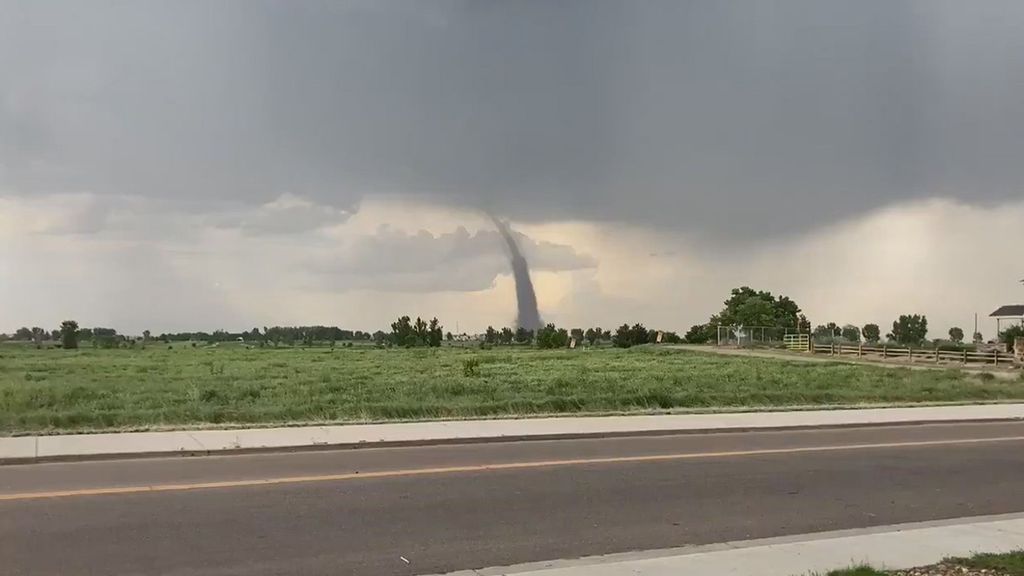 This huge, dark gray tornado terrified locals as it drifted across their town, destroying homes, upending trees and even killing two cows.

The tornado was caught on video by several terrified locals in Firestone, Colorado, on June 7.

In one of the videos, the tornado,  estimated to have reached 150 feet in width, a man explains he initially thought something was on fire outside his house.

He says the twister looked more like a thick plume of smoke than a tornado. But he soon realized he was seeing a tornado that was moving toward his home.

The man left in his car and recorded the tornado from a safe distance.

The National Weather Service estimated the tornado traveled for seven miles before evaporating.

Weld County officials summarized the damages: Two homes were destroyed, three were severely damaged, a feedlot and a dairy farm were also damaged and several power lines came down.

To @bmanusc ; FYI, Here is the @CDC web link to review all the States Processing Sites that processed the asbestos from the Libby Montana mine. Let me know if you want further help for info. https://t.co/sfWBjRfbSl
View on Twitter
0
0

@SaskLass Remember when @scrowder directly cited the @CDC and had the articles on screen and @YouTube gave him either a strike or outright removed his video? There has to be a better way to deal with this. We have to figure out how to beat these people
View on Twitter
0
0