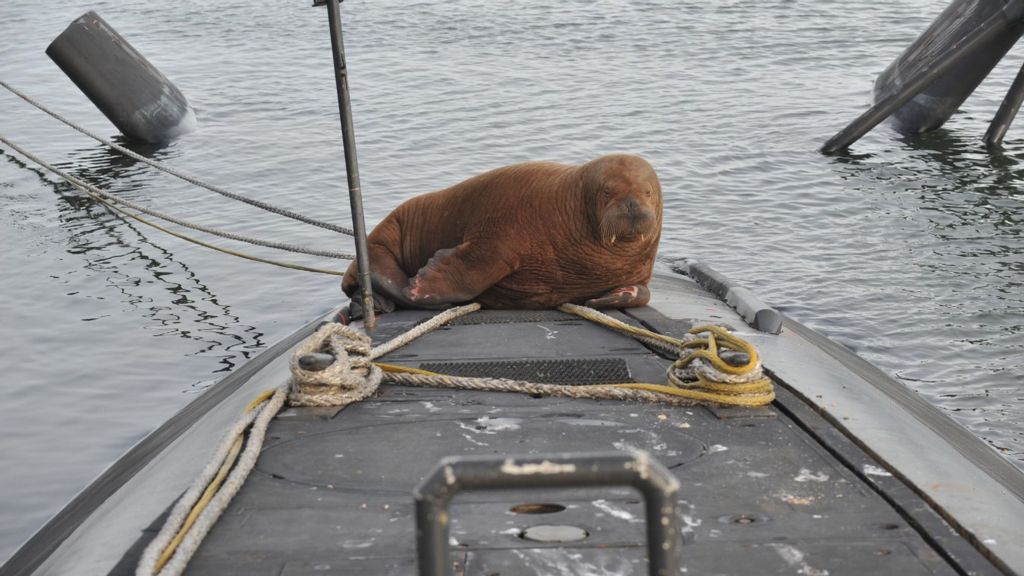 The walrus is assumed to have lost its way in search of food. The fin-footed mammal is considered a vulnerable species.
The post VIDEO: Freya The Walrus Chills On Dutch Navy Submarine After Straying From The Arctic appeared first on Zenger News.

Freya the walrus chills out on a Walrus-class submarine far from her Arctic home.

Freya appeared on the Royal Netherlands Navy submarine, one of the most advanced non-nuclear attack submarines in the world, in the city of Den Helder, in the Netherlands this week.

She was first spotted Sept. 20 near the island of Schiermonnikoog.

The walrus entered the waters in the Port of Den Helder and hopped onto the HNLMS Dolfijn.

The animal has been sighted several times off the Dutch coast, including in Harlingen and Terschelling. It is assumed Freya lost her way in search of food.

The Royal Netherlands Navy Submarine Service posted footage of Freya relaxing on the HNLMS Dolfijn on Twitter on Oct. 26. The message read: “Welcome on board shipmate!”

On Oct. 27, Freya was back again and the Navy posted footage of the walrus swimming alongside the vessel. Another clip shows the animal bathing on a semi-submerged part of the sub.

The Royal Netherlands Navy Submarine Service accompanied the video with the message: “Good morning. We had a lovely bath and started the day fresh. Greetings Freya.”

A Navy spokesman said: “We suspect the animal chose the submarine because of its hull shape.” The walrus isn’t disrupting the submarine, as it just returned from exercises and is not currently in use.

The fin-footed mammal, known as a pinniped, has also been spotted near Denmark and Germany.

The female walrus was dubbed Freya after the local broadcaster Omrop Fryslân called on the public to give her a name.

Conservationists are asking the public to leave the walrus alone. The species weighs 881 to 1,700 pounds and is listed as vulnerable by the International Union for the Conservation of Nature.

Earlier this year, a walrus was sighted in Ireland. It drew tourists hoping to catch a glimpse, which worried conservationists. That walrus was given the name Wally, which helped get the message out that he needed to be left alone. Researchers have found it is easier to keep the public away if the animal has a name.

Freya appears healthy and must have a food supply, otherwise she would have left the area by now.

Walruses’ most outstanding features are their long tusks, surrounded by stiff bristles. The tusks keep breathing holes in the ice open. They are also useful for fighting and helping the walruses haul themselves out of the water and onto an ice floe.

The post VIDEO: Freya The Walrus Chills On Dutch Navy Submarine After Straying From The Arctic appeared first on Zenger News.