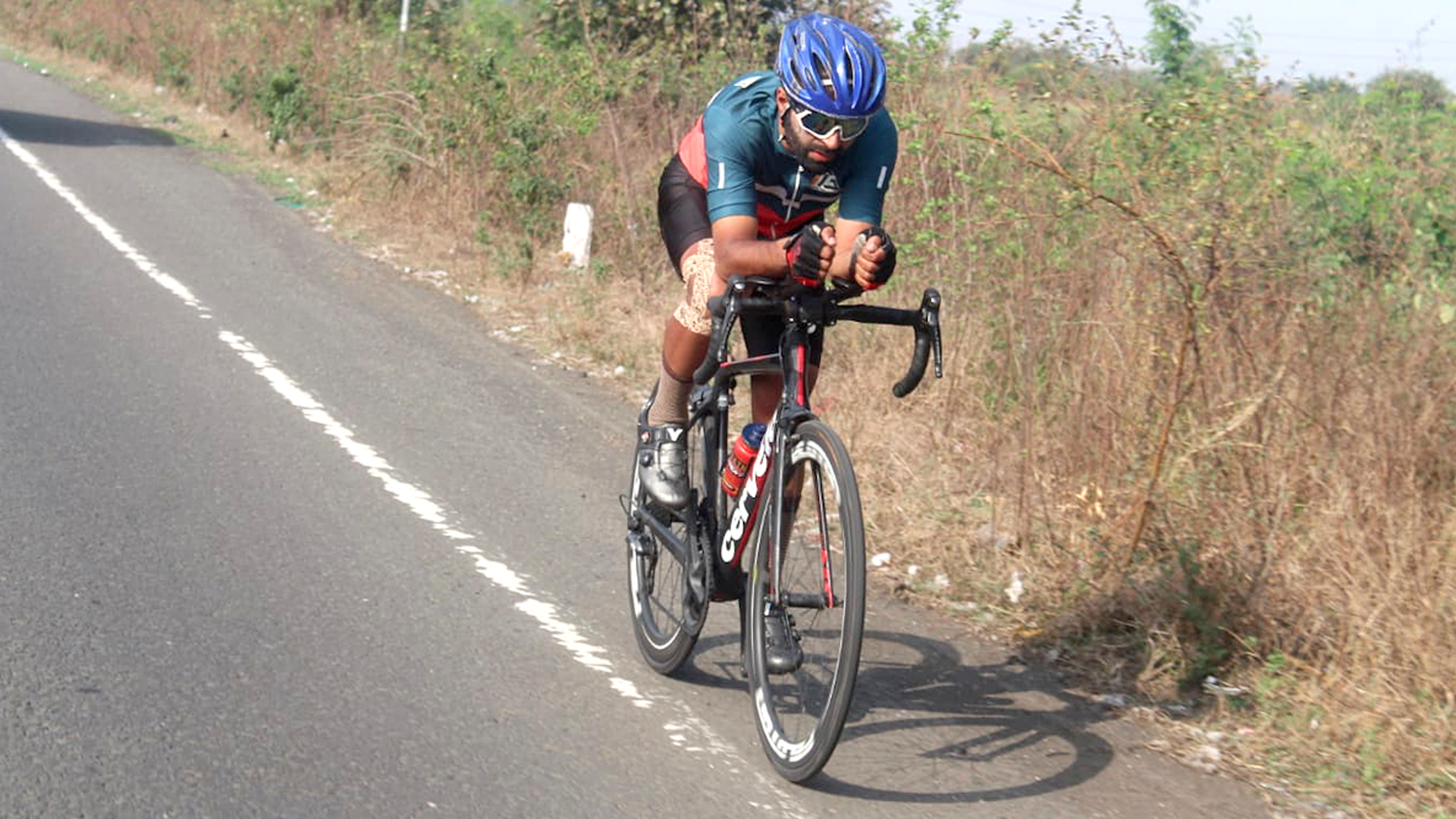 Claims to have broken record by crossing 2,237 miles, between India’s northern and southern tips, in 8 days, 1 hour, 37 minutes.
The post VIDEO: From Kashmir To Kanyakumari: India’s Adil Teli Pedals Into Fame  appeared first on Zenger News.

SRINAGAR — “There is nothing one can’t achieve if one sets his mind to it,” 23-year-old Adil Teli told Zenger News after pedaling 3,600 kilometers (2,237 miles) from India’s northernmost tip Kashmir to the southernmost Kanyakumari.

Nine years ago, when a teenaged Teli started spending hours cycling through the lanes of his home in the outskirts of Srinagar, the capital of Kashmir, his parents often “rebuked him for wasting time”.

They wanted Teli to study well and get a government job to have a “secure future”. But the teenager had started dreaming about becoming a professional cyclist and breaking into the Guinness World Records.

And, with grit, he claims to have made it possible, much to the surprise of his parents.

Teli says he covered the distance between Kashmir to Kanyakumari in eight days, one hour, and 37 minutes, which has broken the earlier Guinness record set by 17-year-old Om Hitendra Mahajan from India’s western city of Nashik in Maharashtra last year.

Mahajan, who is studying sports management at the Wichita State University, U.S., had covered the same distance in eight days, seven hours, and 38 minutes in November 2020, and got a certificate from Guinness World Records on Dec. 21, 2020.

Though Teli says he breached the mark with a significant margin, Guinness World Records is yet to record his feat officially.

“We are in the process of submitting the evidence to the association [Guinness World Records], and we’ll get the confirmation soon,” Teli said.

Mahajan told Zenger News: “I am still the Guinness World Records holder for the route as Teli’s achievements are yet to be officially approved.”

Coming from the cool environs of mountainous Kashmir, Teli faced the first difficulty when he entered India’s plains with soaring temperatures.

“It was the high temperature and humid conditions which got me the most,” Teli said. “To beat that, I pedaled mostly throughout the evening, night, and early hours.”

While traversing the NH-44, the longest national highway in India, he mainly rested during the afternoons when the temperatures were high. His nap hours depended on the availability of hotels on the route.

“In case we found no such facility, I used to nap on the road,” he said.

During the last four days, his legs swelled, and there was severe pain. To cope with that, he used ice packs and used lactic acid for the hyperpigmentation caused due to high temperatures.

“This journey will always remain with me as inspiration to do more,” Teli said.

When he started his expedition on March 22 from the Clock Tower in Srinagar’s Lal Chowk area, he says all his struggles since he started working towards this dream came floating to his mind. He remembered his mother’s tearful eyes when she saw him off.

Whenever the going got tough, and Teli felt like giving up, he says he couldn’t. “Her face, her struggles remained with me till the end of this ride as an inspiration and motivation to beat the record,” Teli said.

Teli has been a professional cyclist since 2014 and has been representing Jammu and Kashmir at local and national events. He has pedaled non-stop from Srinagar to Ladakh, Leh, for 26 hours and 30 minutes, covering 440 kilometers (273 miles).

“The Srinagar to Leh ride in 2019 gave me the confidence that I can cycle from Kashmir to Kanyakumari,” he said. “I got in touch with Guinness World Record for the route in November 2020. I got the approval in March to commence the journey.”

But finding a sponsor became another challenge. Belonging to a middle-class family, Teli said he couldn’t manage equipment or supporting staff.

“For months, I roamed here and there looking for sponsors,” Teli told Zenger News. “Nobody showed interest except Abraq Agro.” Abraq Agro is a controlled-atmosphere storage facility company from Kashmir.

“They sponsored my entire journey — be it equipment or the staff, they did it all.” Teli was supported by eight members, including a physiotherapist, a nutritionist, a mechanic, and a camera crew.

For the task, Teli keenly read Mahajan’s social media posts to understand how he went through the various routes, his timings, and the hours he pedaled. To beat his record, Teli said he pedaled for nearly 20 hours per day.

“I usually took power naps in between physio sessions just to save more time,” Teli said. He took fluids after every 15-20 minutes to keep himself dehydrated.

Though Teli believes there are many more records to break, he says his hometown lacks proper infrastructure.

“There is no sporting culture in our region,” Teli said. He says he trained in Punjab for his Kashmir to Kanyakumari journey.

“Kashmiri youth is very talented, but unfortunately, there is no proper support from the government,” he said. “If proper facilities were available in our region, we could have had 20 more professional cyclists from here.”

Rajesh Kaushik, who coached Teli for over seven months, told Zenger News that cycling as a sport is yet to take hold.

“There is a dearth of infrastructure and proper tracks in the region,” Kaushik, who has been training cyclists since 2006, said. “In many countries outside India, there is a proper cycling culture, and that is why they are better trained than us.”

Agreeing that cycling infrastructure in the region needs to improve, S. Ravinder Singh, president of Jammu and Kashmir Cycling Association, told Zenger he had raised demands with the government for proper cycling tracks, trainers, and equipment.

Singh says the government has assured him that proper infrastructure will be made available in the region. “We are hopeful and are looking for that to happen,” he said.

Cycling as a sport was introduced in India in the 1930s by actor and sportsman Jankidas Mehra, the only Indian member of the International Olympic Committee at the Berlin Olympic Games in 1936. He established the Cycling Federation of India in 1946 with sports administrator Sohrab H. Bhoot.

The federation promotes cycling in India and is affiliated with the Indian Olympic Association, Asian Cycling Confederation, and Union Cycliste Internationale.

A bunch of youngsters in India is now making the sport more visible. Last year, India reached the World No.1 ranking in all sprinting events in the Union Cycliste Internationale 2020 rankings.

Laitonjam Ronaldo Singh, from India’s northeastern state Manipur and was part of the winning team of the junior world championship (sprint) in 2019, made history by becoming World Junior No.1 in all sprinting events in 2020.

Esow Alben, from Indian Union territory Andaman, made history by becoming the first Indian to win a medal at the Union Cycliste Internationale Junior Track Cycling World Championships in 2018. He then went on to win several golds and has his eyes set on an Olympic track cycling medal.

While Teli is basking in his success and plans to rest for a couple of months, he says he will take his bicycle out for another adventure. “Let that be a surprise.”