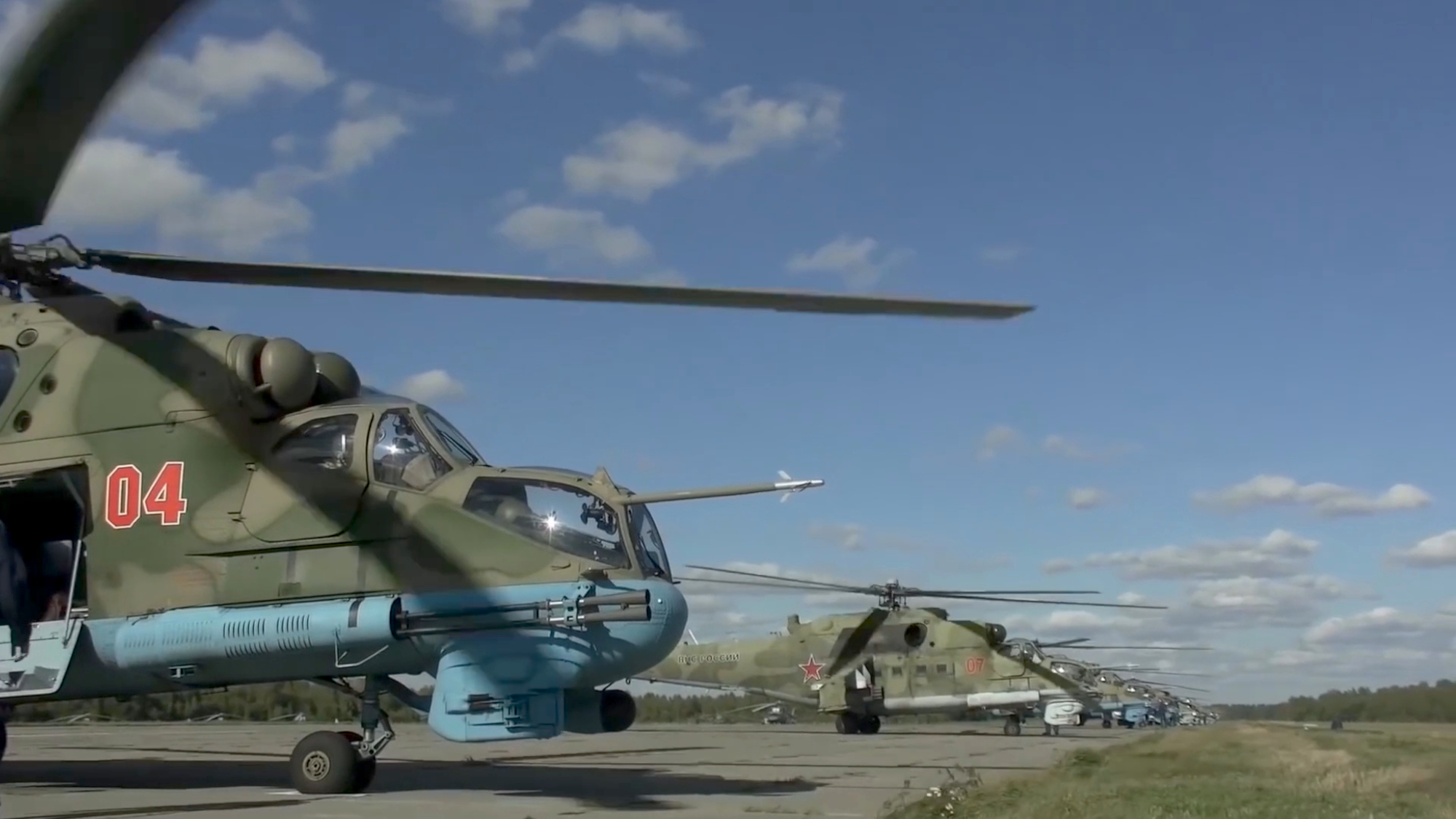 Russia is carrying out what it claims to be one of the biggest military exercises in the country’s history alongside its ally Belarus.

The war games are widely viewed as a show of force to NATO and a show of support for Belarus President Alexander Lukashenko, whose regime has been sanctioned repeatedly by the West.

The Kremlin claims that the ZAPAD 2021 quadrennial exercise involves a total of about 200,000 troops from Russia and Belarus and takes place across several training grounds in the two countries. The exercises started Sept. 10 and are scheduled to run through Sept. 16.

“The main aim of the ZAPAD-2021 games is to show the west that Russia is military prepared and Belarus is under its protection,” said Andrei Yeliseyeu, research director of the Eurasian States in Transition Research Center, a Poland-based independent think-tank focused on post-Soviet and East European studies.

Lukashenko, often referred to as “Europe’s last dictator,” has been under pressure from the United States, Europe and their allies since he brutally crushed dissent following his highly contested reelection in 2020. He is in his 27th year in power.

Pressure on Lukashenko from NATO and the EU has ramped up in recent months, as they accuse his regime of aiding illegal migrants across the border into EU countries.

Lukashenko’s isolation from the West has led Belarus to cozy up to the Kremlin. Russian President Vladimir Putin has promised to provide military and economic support regardless of Western sanctions.

“The weakened and illegitimate Lukashenko is becoming increasingly dragged into the Kremlin’s sphere of influence dragging the country toward a near-total dependence on Russia,” said the think-tank’s Yeliseyeu.

Video from ZAPAD 2021 shows Russian and Belarusian forces carrying out bombing runs with ZVO bombers and Mi-35 and Mi-24 helicopters outfitted with anti-tank and anti-aircraft missiles.

The ZAPAD-2021 games are based on the idea that an imaginary Western force is trying to unseat power in Belarus and the Union State (Russia and Belarus) must work together to repel the invasion.

The games are a part of a larger geopolitical shift that could see the Kremlin eventually subjugate Belarus and its capital Minsk, stripping it of its sovereignty and in effect taking control of a country home to over 9 million people, said Yeliseyeu.

@Steve74613891 @EarlOfEnough @joncoopertweets @TheDailyShow “BlackAmericans are the least #vaccinated demographic group, according to
@CDC
, which estimated in August that 25% of the Black population in the US was fully #vaccinated ”
View on Twitter
0
0

Did everyone know that 35% of of people with severe anxiety smoke cigs? And nobody ever showed me the @CDC data? https://t.co/cZddFv2ROY
View on Twitter

@ThomasMallory15 @DanielleLesli17 @JoeNBC @cdc Thank you for commenting with an article from... today... regarding my tweet from... 2 days ago. 👍🤦‍♂️
View on Twitter
0
0