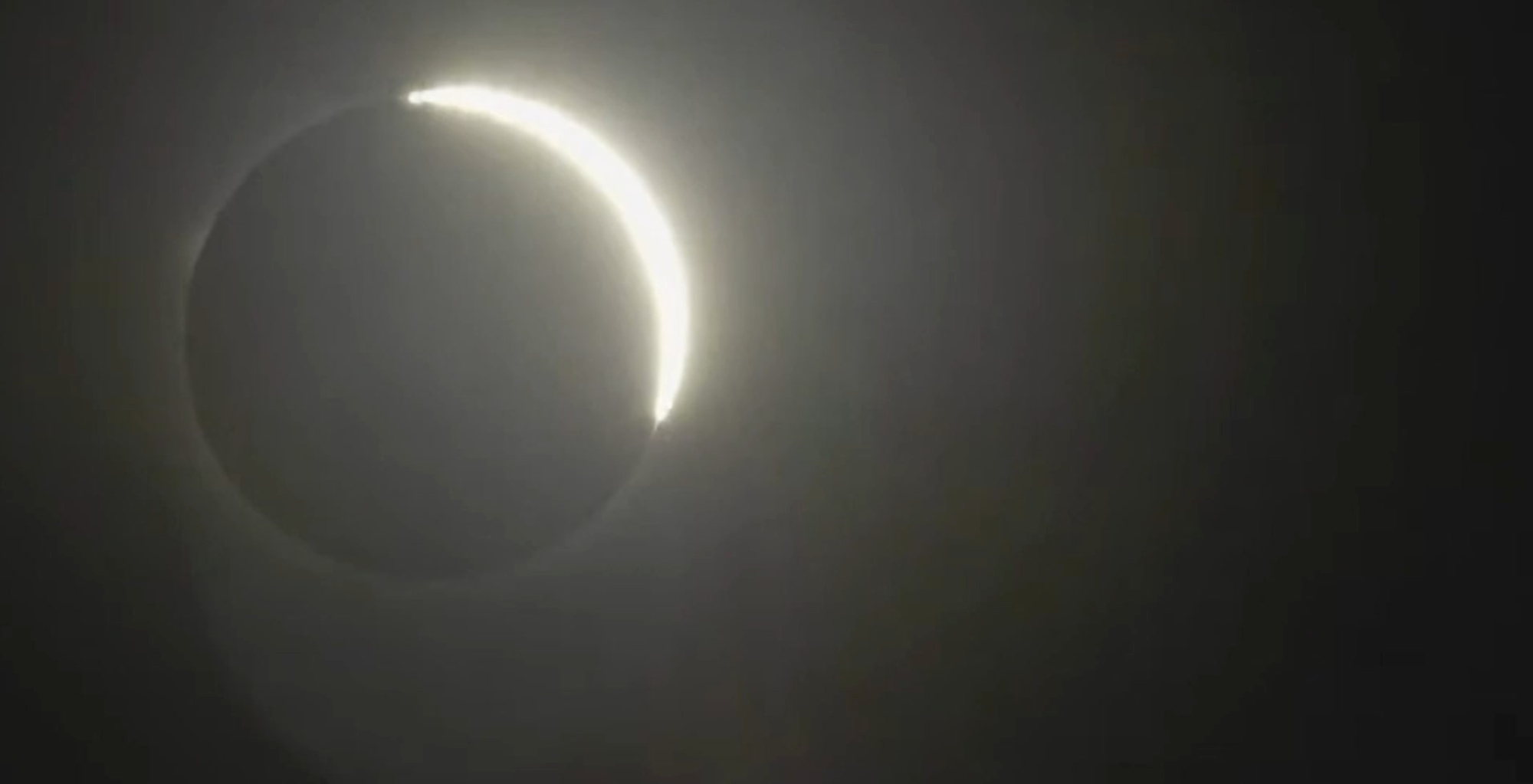 NASA releases spectacular footage of eclipse, which was visible in parts of the Southern Hemisphere.
The post VIDEO: Solar, So Good: Breathtaking Eclipse Plunges Antarctica Into Darkness appeared first on Zenger News.

An awe-inspiring total solar eclipse was visible in Antarctica over the weekend. As it was only visible to a very small portion of the world’s population, NASA shared video of it, along with added information on why such events happen.

“For a total solar eclipse to take place, the sun, moon and Earth must be in a direct line. People located in the center of the moon’s shadow when it hits Earth will see a total eclipse,” NASA said of the Dec. 4 event.

“The sky becomes very dark, as if it were dawn or dusk. Weather permitting, people in the path of a total solar eclipse can see the Sun’s corona — its outer atmosphere — which is otherwise usually obscured by the bright face of the sun.”

The only place where this most recent total solar eclipse could be seen was Antarctica, while a partial eclipse of the sun was visible in countries such as South Africa and Australia, NASA said.

“In some places, while viewers won’t get to see the total solar eclipse, they’ll instead experience a partial solar eclipse. This happens when the sun, moon, and earth are not exactly lined up. The sun will appear to have a dark shadow on only part of its surface.

The only ones able to see the total eclipse in Antarctica were likely scientific research staff. The world’s southernmost continent has no indigenous inhabitants, thanks to its bitter cold and mostly ice-covered surface.

The number of scientists in Antarctica varies from about 1,100 during its harsh winters (when the average temperature is minus 76 degrees Fahrenheit) to around 4,400 in the milder summer months of October to February, when the average temperature is minus 18 F, according to the CIA World Factbook. A further 1,000 scientists and crew can be found on vessels in Antarctica’s waters.

Antarctica is the world’s southernmost continent, resting in the Antarctic Circle and surrounded by the Southern Ocean. With 5.4 million square miles of area, it’s the world’s fifth-largest continent.

@PeterHotez I was about to fall asleep and heard you on @DonLemonTonight . Sat up straight in bed when you mentioned Japanese study showing we might need to REVERT back to 10 days. That is huge! Who is replicating study? This is critical. @CDC @CDCDirector @potus @WHO @cnn @pbs
View on Twitter
1
0

On #COVID: @CDC, @JoeBiden @PressSec don't have a messaging problem; they have a fact problem. https://t.co/OSGJtkIBhN
View on Twitter
47
0